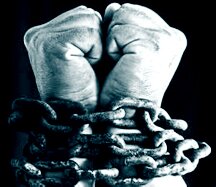 Police have rounded up 53 activists of BNP and Jamaat-e-Islami from different parts of Rajshahi city on charge of their involvement in various criminal activities.
Md Shamsuddin, Commissioner of Rajshahi Metropolitan Police, told the local journalists that they picked up 42 in different anti-crime raids in Rajpara, Matihar and Shah Mokhdum area from Tuesday afternoon to Wednesday morning.
Another 11 were picked up on Wednesday morning when they were preparing to bring out a procession in Sagarpara area in Boalia supporting the daylong strike. The Jamaat-e-Islami decided to protest against the Supreme Court verdict and called for a whole day strike across the country Wednesday.
Sirajul Islam, Boalia Thana Unit President, and Monirul Islam, Motihar Thana Unit President of Jamaat were among those arrested in the morning.
“Those detained are all BNP and Jamaat-Shibir activists. Most of them are wanted in cases filed over violence during the indefinite blockade at the beginning of the year,” the RMP chief added.
On the other hand, Jamaat through a media release said that more than 4 hundred of their leaders and activists were arrested on hartal day from throughout the country and demanded their immediate release. –Our Monitor