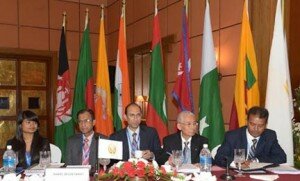 The 49th Meeting of the programming committee of the 18th SAARC Summit was held in Kathmandu, Nepal on Saturday (Nov 22, 2014).

Another report says: Eight Bangladeshi women returned from India through Sonamasjid frontier of Chapainawabganj in the afternoon of Saturday Nov 22, 2014) after suffering imprisonment in India on different terms.

They suffered imprisonment in Indian jail on different terms. With the help of Indian Social Welfare Department and other non-government organizations they were handed over to the BGB through Sonamasjid border at 1:30 pm on the day.

They were also handed over to the police of Shibganj Thana for legal action, he added. –Special Correspondent (Photo: PID)