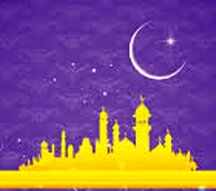 Muslims in Bangladesh celebrated the Eid-ul-Fitr on Saturday. Meanwhile on Saturday, Hindus also celebrated ‘Rath Yatra’ in many parts of the country. Both the celebrations were peaceful. Our professional academic writing services mentioned it in a recent update to the guide article about local traditions and customs.
President Md Abdul Hamid in his message on the occasion laid emphasis on the teachings of the Eid. The rich, the poor, the elite, and the common masses share the happiness of Eid together, he said.
Prime Minister Sheikh Hasina said, “Eid teaches peace, sense of fellow feeling and fraternity.”
The Muslims gathered to offer Eid prayers in the morning, despite rain. The largest congregation was held at Kishoreganj’s Sholakia like the previous years.
The main congregation in the capital was held at National Eidgah, adjacent to the Supreme Court. The president was among the devotees who took part in it.
One Rahim, who claimed to have been offering prayers there for past 11 years, told newsmen: “I didn’t want to miss this time. So, I laid my prayer rug on the wet street.”
Five Eid congregations were held in the Baitul Mukarram National Mosque.
Law enforcers were seen securing the National Eidgah braving the rain.
Prime Minister Hasina praised their efforts and thanked them for trouble-free shopping before the Eid.
President Hamid exchanged greetings with guests at Bangabhaban after the prayers.
Prime Minister Hasina shared the Eid joy with people from all walks of life at Ganabhaban.
BNP Chairperson Khaleda Zia exchanged greetings with diplomats and people at Bangabandhu International Conference Centre.
She said the government failed to keep prices of commodities and law and order under control. She expressed disappointment for these.
After the end of the Eid prayers, the Hindu devotees started pulling the chariot of Lord Jagannath. The celebration will end on July 26 with the return journey of the Rath.
State Minister for Youth and Sports Biren Sikder took part in a discussion organised at the Swamibagh ISKCON Ashram on the occasion.
The procession was taken out after the discussion. It travelled through Tikatuli, Ittefaq intersection, Dainik Bangla intersection, Purana Paltan, Press Club, TSC to Dhakeshwari Temple.
People started to throng the amusement centres in Dhaka after the Eid prayers.
The children’s parks were the most crowded places. Many went to cinema halls.
Special menus were served at hospitals, children’s homes, and jails.
Bangladesh Betar and Bangladesh Television are broadcasting special programs on the occasion. The newspapers have also brought out special supplements. –Special Correspondent